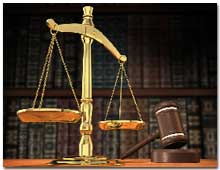 State v. Nason (Lane County). Lead counsel on Aggravated Murder-by-Abuse prosecution. State sought the death penalty against the defendant, who had confessed to police that he probably struck the fatal blow to the battered child victim. Eight-week trial resulted in guilty verdict for lessor offense of negligent homicide, which carried a 5-year maximum prison sentence.

State v. Rose (Lane County). Co-counsel on retrial of penalty phase in Lane County's first death sentence case since the death penalty was reinstated in 1984; handled most of the motion practice and negotiated for a true life sentence.

State v. Groshong (Lane County). Successful representation of defendant who had confessed three times, including once on tape. Trial resulted in not guilty verdict; at that time the first murder case won at trial in Lane County in over 20 years.

State v. Stant (Multnomah County). Defense attorney for accomplice in the highly-publicized Tonya Harding conspiracy case against Nancy Kerrigan. Plea negotiations resulted in Mr. Stant, who had struck Ms. Kerrigan with a baton, avoiding a racketeering conviction by agreeing to an 18-month prison sentence for assault.

United States v. Robert Christie (US District Court, Eugene). Highly- publicized case of the suspected "Waddling Bandit," responsible for many bank robberies throughout Oregon, according to the FBI. Defense obtained dismissal of charges against Mr. Christie, who had been misidentified as the robber. Read More...

Quotable:
“We see an economy that makes stocks soar, investor portfolios bulge, and corporate profits climb, but fails to give workers their fair share of the reward. A government that struggles to keep itself open. . . A Justice Department rolling back civil rights by the day. . . Bullets tearing through our classrooms, concerts, and congregations, targeting our safest, sacred places. . . And this nagging, sinking feeling, no matter your political beliefs, that this is not right. This is not who we are.”